Maw (Marvel Comics) has a multitude of mouths which can act on their own accord and consume a plethora of items.

Have more than one functioning mouth.

"This is horrific, isn't it?"
"Mhm. Are you crying or dribbling?"
"I don't know anymore!"
― Gumball Waterson and Darwin after Gumball grows two extra mouths (The Amazing World of Gumball)

The ability to have more than one functioning mouth on one's body. Variation of Mouth Manifestation.

The user possesses more than one functioning mouth on one's body without having an extra head. These extra mouths can be used to attack an opponent during close combat or consume dangerous materials if the mouths contain supernatural properties.

See Also: Too Many Mouths.

Hedrox the Infinite (BloodRayne) has two extra mouths in his palms, which he can use to eat others' brains.

The Xenomorphs (Aliens/Aliens vs. Predator) possess a second mouth in their tongues.

Being a Gem fusion of four gems, Alexandrite (Steven Universe) has two mouths.

Deidara (Naruto) having mouths on his palms and one on his chest. 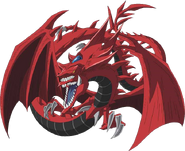 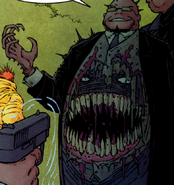 In addition of the face on his lower torso, Morjak (Marvel Comics) has another mouth which he can use to speak occasionally and to eat his enemies. 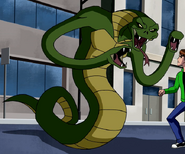 Ssserpent (Ben 10)
Add a photo to this gallery
Retrieved from "https://powerlisting.fandom.com/wiki/Multiple_Mouths?oldid=1632650"
Community content is available under CC-BY-SA unless otherwise noted.