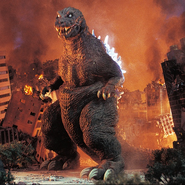 Baena (Valkyrie Crusade) is the homicidal one of the two dragon maiden twins who share the same body, the other being Amphis.
Add a photo to this gallery
Retrieved from "https://powerlisting.fandom.com/wiki/Multiple_Souls?oldid=1224366"
Community content is available under CC-BY-SA unless otherwise noted.