Melody (Charmed) a Muse, being of pure light that inspires passion and creativity in her charges, including the Charmed Ones.

Use the traits of an Muse.

The ability to use the abilities of a Muse. Variation of Mythic Physiology and Greek Deity Physiology.

User with this ability either is or can transform into a muse, originally from Greek mythology, poetry and literature, are the goddesses of the inspiration of literature, science and the arts. They are the personification of knowledge and the arts, especially literature, dance and music, and are the nine daughters of Zeus and Mnemosyne (who was memory personified).

Modern concept tends to include more than the original nine, and reduces them to female spiritual beings with the ability to inspire their favored ones in their art. 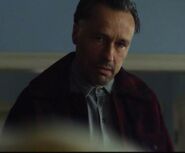 As Alfred Hitchcock is working on Psycho, Ed Gein (Hitchcock) manifests before him, prompting his imagination. 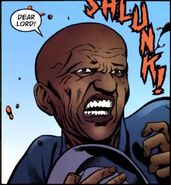 ...Old Sam trying to keep Kevin calm, encouraging him to take things slow and easy and trying to talk him out of ending the universe...

...while Hansel encourages him to rush through his writer's block and undo the universe all the faster.

Bonita Soleil (Psychonauts) is Gloria's muse, inner sunshine and the spirit of her youth.

Muses (Disney's Hercules)
Add a photo to this gallery
Retrieved from "https://powerlisting.fandom.com/wiki/Muse_Physiology?oldid=1398477"
Community content is available under CC-BY-SA unless otherwise noted.