Link (The Legend of Zelda) combines magic and musical prowess.

Possess the qualities of mythical bards and the powers they were believed to have.

The ability to possess the qualities of mythical bards and skalds and the powers they were believed to have.

The bards were held in high esteem in ancient European cultures due to their affinity with words, creating oral poems and dealing with words. This ability was normally reserved by holy men and sages, because words were considered (even today) as one of the most powerful mediums for magical powers: While regular magicians could conjure curses, bards were specialized in humiliating their foes to the point that they were hated and despised for years, sometimes for all of eternity if the verses were immortalized. In later times, however, the role of the bard was confused with that of minstrels and both eventually mixed and melded until they became indistinguishable.

Mystical bards are capable of using mystical abilities and fusing them with musical prowess to create spells that can either heal, curse or destroy enemies with an arsenal of multiple different effects.

The Bard (The Bards Tale) 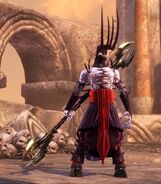 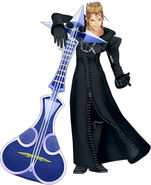 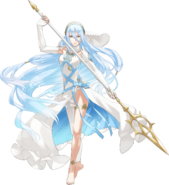 Brook, the Soul King (One Piece)

With her Army Breaker Diva Gabriel, Miku Izayoi (Date A Live) can play a variety of mystical melodies with supernatural abilities.
Add a photo to this gallery
Retrieved from "https://powerlisting.fandom.com/wiki/Mystical_Bardsmanship?oldid=1391383"
Community content is available under CC-BY-SA unless otherwise noted.