The user can control napalm, the result of combining fire and oil with some other chemicals to create a thickening, gelling like agent that becomes a deadly corrosive fire. Though the flames still burn, they possess a more acidic compound. 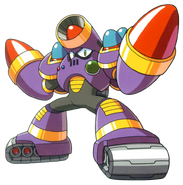