Have a body made of natural forces.

The power to transform into or have a physical body made up of natural forces. Technique of Natural Energy Manipulation. Variation of Energy Physiology.

User is made up of or can transform their body completely into natural forces. Users transformed form can be anatomically identical to their normal form, aside of being made of natural forces, in which case it contains all to organs and is somewhat vulnerable to attacks. Alternately user can transform into homogeneous matter, without any part of their form being more important than the other.

User that is Nigh Formed Natural Force Beings are or can change into mostly physical beings, with the natural forces flowing through their being, fortifying their cells, bones and muscles. Their power is mostly focused to their bodies and while they gain some amount of energy-attacks, the changes and applications are mostly internal.

User that is Full-Formed Natural Force Beings are completely formed of natural forces, without anything truly left from their physical form. They gain impressive control over their form and vast capacity to expel natural forces in various ways.

Glaive Le Gable (Wild Arms) is the semi-sentient source of life and natural forces on Filgaia.

The Dragon God (Chrono Cross) is the culmination of all of the elements and natural forces that make up the world.

Kukunochi (Valkyrie Crusade) is a goddess and a force of nature. 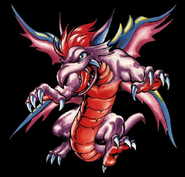 The Mana Beast (Seiken Densetsu) is the non-sentient amalgam of all the natural forces of the world, that was created by the Goddess of Mana to maintain the balance of good and evil in the world. 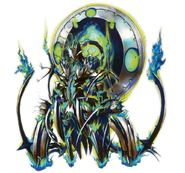 Ultimate One/Aristoteles of Mercury (TYPE-MOON)
Add a photo to this gallery
Retrieved from "https://powerlisting.fandom.com/wiki/Natural_Force_Mimicry?oldid=1558022"
Community content is available under CC-BY-SA unless otherwise noted.