"What are you?"
"I am just what you think I am, Megan. A "proto-mutant." It's as good a name as any. And I have the misfortune of being omnipotent, so I was forced to watch my entire race die, and live with that for the last seven hundred years."
― Gabriel Shepherd to Megan Gwynn/Pixie (Marvel Comics)

"With unlimited power comes responsibility. Do you think it is reasonable for us to allow omnipotent beings to roam free through the universe?"
― Q (Star Trek TNG S06E6: True Q)

The power to possess supreme power, with certain limitations/weaknesses. Lesser version of Omnipotence.

Nigh-Omnipotence is ''Omnipotence with limitations''.The user wields ultimate power, but they have some form of limitation/weakness that limits their power and prevents them from gaining true omnipotence. They may be absolute on specific fields and not others or may simply be able to achieve an almost infinite number of effects across all fields with their near-omnipotent skills. 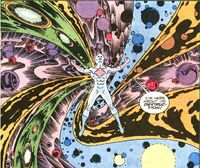 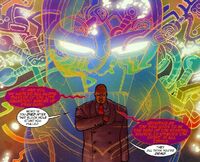 Spawn (Image Comics), merged with Mother of Existence, the creator of the Image Comics universe, granting him unlimited magical power. 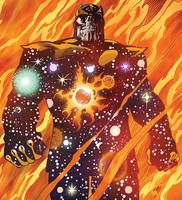 The Beyonder (Marvel Comics) possesses near-limitless psionic abilities and has the potential to affect reality in a manner that could, in theory, simulate virtually any power. 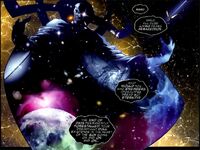 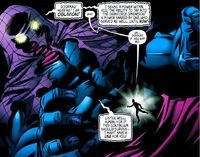 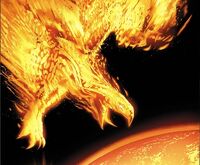 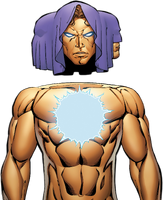 God Swamp Thing (DC Comics) briefly became so powerful that many thought he could replace The Presence, the creator of the DC Multiverse.

As the Darkest Knight, the Batman Who Laughs (DC Comics) possesses near-unlimited power.
Add a photo to this gallery

When Lucifer is on Earth, Jesse Turner's (Supernatural) power is enhanced to a nigh omnipotent level, allowing him to do virtually anything he wants, such as bringing myths to life, exorcise demons with only a word, turn Castiel into a toy and at his very peak, destroy the Host of Heaven.

Jack Kline (Supernatural), as the son of the Archangel Lucifer, is a Nephilim imbued with near-limitless power, becoming even more powerful than Archangels and capable of such feats such as creating new angels by transforming human souls.
Add a photo to this gallery 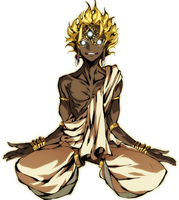 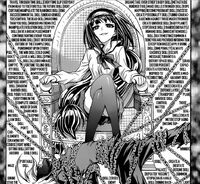 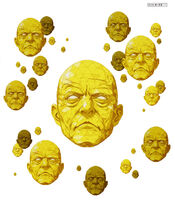 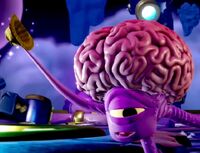 Brain (Skylanders) is a master of Mind Magic, allowing him to do anything as long as he can think of it.
Lucifer H.png
Lucifer (Valkyrie Crusade) is Nigh-Omnipotent, having power that can compete with that of God himself, but she is still surpassed and overwhelmed by him.

Kain (Legacy of Kain) is the most powerful entity that exist in his Universe. As Scion of Balance is a being that "Balances the entire Universe",besides that,is a Nigh-true immortal,he also can use and combine all the powers of the Circle of Nine,which allows him,manipulate differents aspects of the reality, and the own reality. 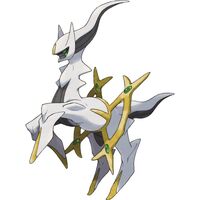 Arceus (Pokemon)
Add a photo to this gallery

Genie (Aladdin) possesses virtually unlimited magical power; the only things he can't do are kill anyone make people fall in love and raise the dead. 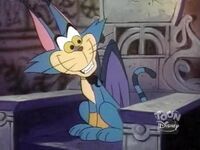 Chaos (Aladdin) is said to possess more power in his little whisker then a palace full of genies. with the only limitation to his power being that he cannot change things that are predetermined by fate. 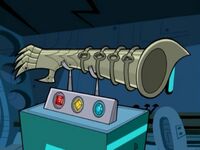 Pariah Dark (Danny Phantom) wears the Ring of Rage and the Crown of Fire to gain infinite power.

After fusing with Vlad's evil ghost half Dan Phantom (Danny Phantom) became a ghost so powerful that only Time Traveling was required to prevent his conquest of the world.

Rex Salazar (Generator Rex) as host of the Five Meta-Nanites could virtually do anything he desired, with the only limit being the amount of nanites he has

Discord (My Little Pony series) is nigh omnipotent.
Add a photo to this gallery
Retrieved from "https://powerlisting.fandom.com/wiki/Nigh-Omnipotence?oldid=1693032"
Community content is available under CC-BY-SA unless otherwise noted.