With the Infinity Gauntlet,Thanos (Marvel) wielded nigh omnipotent power.

The user wields almost supreme power, but they are limited due to a certain element they're missing that limits their power and prevents them from gaining true omnipotence. Despite that missing element, the user wields unimaginable levels of power and can achieve a near-limitless number of effects with their near-omnipotent abilities.

3065008-enerjak.jpg
Enerjak (Archie's Sonic The Hedgehog) was an Echidna demigod whose abilities are derived from use of the Chaos Force and limited only by the imagination of his present avatar.

The Beyonder (Marvel Comics) is known for his ability to alter reality using his mind, but he can be weakened by preforming a great feat such as destroying death itself.

Entropy (Marvel Comics) contains virtually limitless power since he is the son of Eternity.
Tumblr ktmotjA4Nl1qz4vt0o5 500.jpg
Eternity (Marvel Comics) wields power on a universal scale. His power is dwarfed only by that of the Living Tribunal and the One-Above-All.

The Living Tribunal (Marvel Comics) is one of the most powerful beings in the Marvel multiverse, second only to the One-Above-All. He represents a force that dwarfs the Infinity Gauntlet.

The Phoenix Force (Marvel Comics)
Add a photo to this gallery

The Archangels (Supernatural) were imbued with immense power by God, and are among the most powerful beings in the Supernatural universe, being able to achieve virtually anything with Reality Warping. They can overpower and kill anything except God,The Darkness and Death.
Godstiel.png
After absorbing 40 million souls from Purgatory, Castiel (Supernatural) gained nigh omnipotent powers, enabling him to effortlessly kill Raphael, and thousands of angels and unknown amounts of humans without effort. In this state, he is surpassed only by God, Death and possibly Michael & Lucifer.

Death (Supernatural) is Nigh Omnipotent, the only beings rivaling his power are God and The Darkness, being able to do virtually anything he wants, bearing immense power, he is able to slay anything in creation, from humans to even the Archangels with no effort.

When Lucifer is on Earth, Jesse Turner's (Supernatural) power is enhanced to a nigh omnipotent level, allowing him to do virtually anything he wants, such as bringing myths to life, exorcize demons with only a word, turn Castiel into a toy and at his very peak, destroy the Host of Heaven.
Add a photo to this gallery 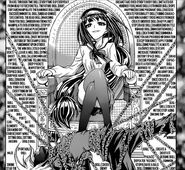 The Choushin (Tenchi Muyo!) are hyper-dimensional entities that created all of existence, including an infinite amount of universes.
Add a photo to this gallery

Lucifer (Valkyrie Crusade) is Nigh Omnipotent, having power that can compete with that of God himself, but she is still surpassed and overwhelmed by him.

Michael (Valkyrie Crusade) is god's infinite power, with only god himself above her.
Add a photo to this gallery

Alien X.jpeg
Alien X (Ben 10) is capable of altering reality itself with his mind, but is incapable of doing anything unless 2 of his 3 personalities agree to an action.
Rex salazar god-hood.png
Rex Salazar (Generator Rex) as host of the five meta-nanites.
Add a photo to this gallery
Retrieved from "https://powerlisting.fandom.com/wiki/Nigh_Omnipotence?oldid=669346"
Community content is available under CC-BY-SA unless otherwise noted.