The power to interact with non-corporeal beings. Sub-power of Corporealization.

User can both see and interact with non-corporeal, nonexistent and nothingness life-forms and entities, allowing them to make physical contact or maybe even harm non-corporeal beings. 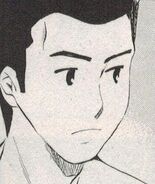 Jacob Lessio (Fairy Tail) can see spirits and even attack them despite having no physical form, and to an even higher effect, the spirit's original body also gets affected from the damage.
Add a photo to this gallery
Retrieved from "https://powerlisting.fandom.com/wiki/Non-Physical_Interaction?oldid=857653"
Community content is available under CC-BY-SA unless otherwise noted.