The user has access to the power and abilities of the Gods and Goddesses of Norse mythology and Germanic mythology.

Somewhat like Greek mythology, Norse also had three broad groups of deities, although they weren't supplanted by succeeding groups but intermingled and revered/placated simultaneously.

Æsir are connected to war, nobility, and power.

Vanir are associated with fertility, wisdom and the ability to see the future.

Jötunn are connected to primal, untamed and destructive aspects of nature, and many were more placated than worshiped. Note that several jotun were counted among the other groups more than on their own.

Asgardians (Marvel) and few others

Krampus (Krampus the Yule Lord), son of Hel and grandson of Loki

Bran Gardiner and Freddie Beauchamp (Beauchamp Family Series) are Loki, the God of mischief and Fryr, the God of Sun.

Mardi and Molly Overbrook (Summer on East End Series) are the daughters of Thor, Magdi and Mooi, goddess of rage and strenght

Woden (The Wicked + The Divine)

The Norns (The Wicked + The Divine) led by Cassandra Igarashi/Urdr 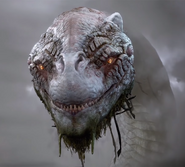 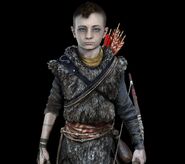 Freya (SMITE) Queen of the Valkyries

Hel (SMITE) Goddess of the Underworld

Sol (SMITE) Goddess of the Sun

Ullr (SMITE) The Glorious One
Add a photo to this gallery
Retrieved from "https://powerlisting.fandom.com/wiki/Norse_Deity_Physiology?oldid=1426059"
Community content is available under CC-BY-SA unless otherwise noted.