The ability to possess inanimate objects and manipulate them. Sub-power of Object Manipulation and Meta-Possession.

Samara Morgan (The Ring) possesses a video tape that she kills anyone who watches it in 7 days. 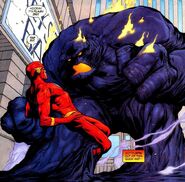 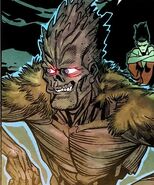 Akumas (Miraculous: Tales of Ladybug & Cat Noir) are created by Gabriel Agreste/Hawk Moth to seek out people and possess objects close to them, turning them into supervillains.

As Mayura (Miraculous: Tales of Ladybug & Cat Noir), Nathalie Sancoeur can imbue feathers plucked from her fan to possess objects turning the object into a powerful creatures, Sentimonsters.

Discord (My Little Pony series) partially possesses a balloon by fusing his head with it.

Turn-Inanimate-Objects-Evil-Inator (Milo Murphy's Law) can turn any electronic device evil when it is plug in to the object and combine it self with other objects.

Danny Fenton (Danny Phantom) can use his overshadowing power to posses not only people, machines, or other ghost; but he can also posses objects like his Fright Knight Prop.
Add a photo to this gallery
Retrieved from "https://powerlisting.fandom.com/wiki/Object_Possession?oldid=1659798"
Community content is available under CC-BY-SA unless otherwise noted.