Poseidon/Neptune (Greco-Roman Mythology), the god of the seas.

Hold dominion over the oceans of the world

"He could control every creature that lives in the sea. But I don't think either of you know what that really means. Do you know, do you understand, do you have any idea how much life there is in just one single square mile of sea? I don't think you do... and if you multiply that by lots of miles in every direction... I'd never seen anything like it in my whole life... and God as my witness, I hope to never see it again."
― Description of Aquaman's power (DC Comics)

The power to hold domain in oceans and all life and traits that dwell within them. Variation of Planetary Lordship. Final form of Ocean Manipulation.

The user has authority and control over the ocean, a place where sea monsters and even prisoners stay. The user can control the sea and storms as they see fit.

See Also: Lord Of The Ocean.

Sharkboy (The Adventures of Sharkboy and Lavagirl) is the King of the Ocean.

Aquaman (DC Comics) is the king of the ocean and the seven seas.

Thalassa (Greek Mythology) the primordial goddess of the sea. 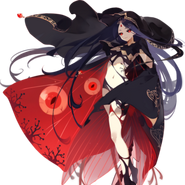 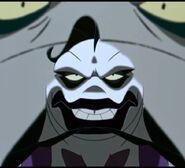 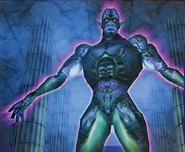 Tia Dalma/Calypso (Pirates of the Caribbean) Goddess of the Sea

Davy Jones (Pirates of the Caribbean) is supernatural ruler of the Seven Seas, condemned captain of the Flying Dutchman and former psychopomp under Calypso. 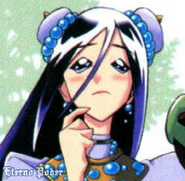 Poseidon (Valkyrie Crusade)
Add a photo to this gallery
Retrieved from "https://powerlisting.fandom.com/wiki/Ocean_Lordship?oldid=1703025"
Community content is available under CC-BY-SA unless otherwise noted.