The Zombie Virus (Space Dandy) can infect and convert anything into zombies, even the omnipresent, formless and transcendent being that is the Narrator/God.

Transform anything into different creatures.

The power to convert/transform anything/everything into different creatures. Advanced version of Conversion.

User can permanently transform anything/everything into another species/creature, including things that are normally immune or resistant and/or are physically impossible to convert into other creatures (such as machines, ghosts/spiritual beings, eldritch horrors, formless entities, and even transcendent/abstract beings).

They can even transform others that have already been converted into another race/species, and potentially even convert those that are already long dead, decayed and broken down into another creature. 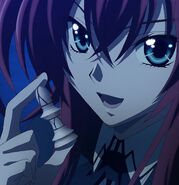 Evil Pieces (High School DxD) can convert virtually anything into a devil, such as humans, fallen angels, vampires, and Valkyries.

Ultron Sigma's (Marvel vs. Capcom: Infinite) can infect and robotize any organic life form, even gods like the Asgardians...

...and Thor himself.
Add a photo to this gallery
Retrieved from "https://powerlisting.fandom.com/wiki/Omni-Conversion?oldid=1505776"
Community content is available under CC-BY-SA unless otherwise noted.