to be protected against anything/everything.

The power to be protected against anything/everything. Variation of Absolute Invulnerability. Perfect version of Protection. Lesser version of Omni-Immunity.

User is protected against absolutely anything/everything on any/all levels regardless of its nature, whether it's physical, mental, spiritual, supernatural or conceptual, allowing them to avoid any/all damage, no matter what the source of it is.

While the user may be "protected" against everything, unlike Omni-Immunity, users themselves are not be "immune" to everything, hence why the protection would be needed. 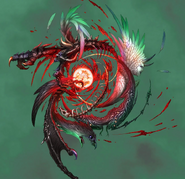 The Infinite Orb (Anima: Beyond Fantasy) is not only immune to effects that cause instant destruction or death, but its also highly protected against any power that would physically and spiritually alter it.

When Battler Uses Endless 9 He's Protected From Truths, Magic, Conceptual Attacks Etc
Add a photo to this gallery
Retrieved from "https://powerlisting.fandom.com/wiki/Omni-Protection?oldid=1771302"
Community content is available under CC-BY-SA unless otherwise noted.