User can release massive waves of solar energy/substances in every direction at once at almost unlimited scales. This power allows the user to dispatch many foes at once and destroy large areas like cities and towns. 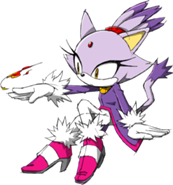 Superman (DC Comics) using Super Flare against Ulyssses.
Add a photo to this gallery
Retrieved from "https://powerlisting.fandom.com/wiki/Omnidirectional_Solar_Waves?oldid=1401918"
Community content is available under CC-BY-SA unless otherwise noted.