The Impossible Man (Marvel) can take on any form he wishes, gaining all powers and properties of that form.

User has complete and absolute control over their own being, allowing them to manipulate their shape, density, size or to be solid, liquid, gaseous, or pure energy. They can spread their form into smaller segments that keep their ability to transform and recombine as they wish. User can take any form that they can imagine, independently from the laws of Physics and Logic.

They aren't immune to external alterations, but can change back instantly, rendering such efforts meaningless. Their mind remains immune to all external alterations and is as flexible as their body while still remaining whole and fully functional even if the body is separated in millions of smaller parts acting independently. While external/environmental effects can affect users, they can simply take a form more adapted to the dangers and thus ignore most dangers or simply reform themselves.

User cannot bestow themselves abilities but limitless Shapeshifting can mimic many such effects. Skilled users can notably access temporary empowering abilities, such as Super Form and Transformation, but not permanent ones, like Evolution, which requires stability. 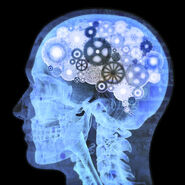 Don't be afriad to screw with your mind, Its just the beginning of something special.

The universe is a nice place to start.
Genie.jpg
The Genie (Aladdin) is famous for his boundless shapeshifting abilities.
Add a photo to this gallery
Retrieved from "https://powerlisting.fandom.com/wiki/Omnifarious?oldid=513856"
Community content is available under CC-BY-SA unless otherwise noted.