"It is here that light does not shine. It is here that no shadow lingers. Today, you will know my name. For I enlight, and no one shall challenge the great Baphomet."
― Baphomet (The Enigma TNG - Baphomet)

The power to be universally and infinitely neutral. Ultimate form of Neutral Embodiment.

Omnineutrality (“all-neutral”) is the power to have no limited boundary to neutrality, making them one of the most peaceful, powerful, yet ambiguous beings in all the cosmos. They come in two specific flavours like Omnimalevolence and Omnibenevolence.

Grand Zeno/Omni-King (Dragon Ball series) has to be a truly neutral being with the power to erase anything from existence as he chooses to, as long as he has a good reason for it.

In accordance to the religious Islamic doctrine, Azrael (Islamic Mythology) is an Angel of Death that guides souls to the afterlife to be judged to whether bring them to Hell, or to Heaven. Even though he’s known to be an Archangel, Azrael tends to view both evil and good equally as assets, and is therefore purely neutral. 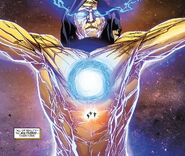 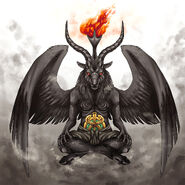 Balancer (Valkyrie Crusade) is truly yet pure neutral, and as a result, she deserves the title to be the best balancer in the cosmos.

Sibylla (Winx Club) is bound to her role of Fairy of Justice to neutral in matters concerning good and evil.
Add a photo to this gallery
Retrieved from "https://powerlisting.fandom.com/wiki/Omnineutrality?oldid=1543808"
Community content is available under CC-BY-SA unless otherwise noted.