"If you can see it, you can kill it."
― "Eye Lasers" Description, Dungeons Of Dredmor

The power to project energy/matter beams/blasts from the eyes. Sub-power of Attack Powers. Variation of Concussion Beams and Ocular Techniques.

User may learn to manipulate the beams, manipulating their trajectories, phase through objects and follow locked on targets, etc.

Eye Guy (Ben 10) has multiple eyes across his body that can fire lasers.

Pow (Canimals) uses his hypnotic-like optic beam to make the canimals asleep or knocked out. 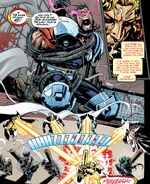 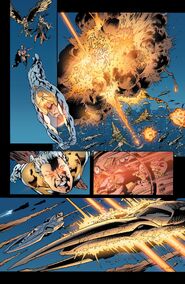 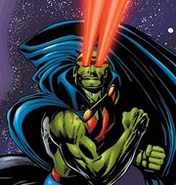 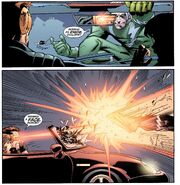 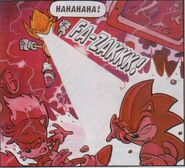 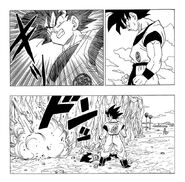 By using Space Ripper Stingy Eyes, Vampires (JoJo's Bizarre Adventure) can project pressurized jets of fluid from their eyes.
Add a photo to this gallery

The Pit Worm’s (Hλlf-Life: Opposing Force) most primary ability is to emit an eye laser of concentrated green energy to burn his enemies.

Albert Wesker (Resident Evil) uses his Death Stare to fire a powerful energy burst from his eyes.
Add a photo to this gallery

Nora Thunderman (The Thundermans) using her heat vision to roast a chicken.

Scott Summers/Cyclops (X-Men)
Add a photo to this gallery

Ruby Rose (RWBY) releases a massive wave of light from her eyes.

Sollux Captor (MSPA adventures/Homestuck) exhibiting the ability after eating mind honey.
Add a photo to this gallery
Retrieved from "https://powerlisting.fandom.com/wiki/Optic_Blasts?oldid=1388436"
Community content is available under CC-BY-SA unless otherwise noted.