"In these cold times we must steel ourselves, we must become like men of Iron!!"
― Ferro (DC Comics)

The ability to have skin with organic cells that have metallic properties. Variation of Dermal Armor and Bio-Metal Physiology. 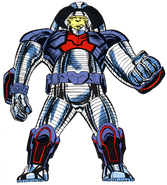 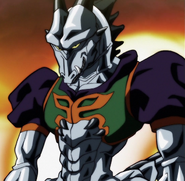 Coldsteel (Marvel Comics) is a demon-enhanced Stalin whose primary power was extremely durable metal-like skin.
Add a photo to this gallery
Retrieved from "https://powerlisting.fandom.com/wiki/Organic_Metal_Skin?oldid=1565294"
Community content is available under CC-BY-SA unless otherwise noted.