Use the traits of owls.

Power to use the abilities of owls. Variation of Avian Physiology.

User with this ability either is or can mimic/transform into owls.

See Also: Ominous Owl, The Owl-Knowing One and Cute Owl.

Striga from Lord of Vermillion

Jareth (Jim Henson's Labyrinth) has the power to turn into a Barn Owl, his royal emblem.

Stormcutters (How to Train your Dragon 2) are a species of dragons that bear multiple similarities to owls. 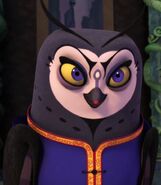 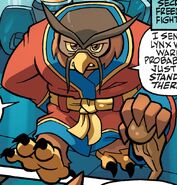 Harvey Who (Archie's Sonic the Hedgehog), a mobian owl. 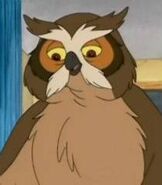 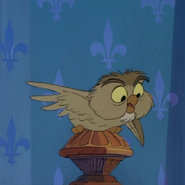 Archimedes (Sword in the Stone)

The Great Owl (The Secret Of NIMH) 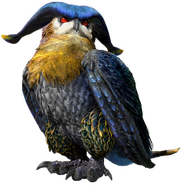 Malfestio (Monster Hunter)
Add a photo to this gallery
Retrieved from "https://powerlisting.fandom.com/wiki/Owl_Physiology?oldid=1341697"
Community content is available under CC-BY-SA unless otherwise noted.