In an episode, Timmy (The Fairly OddParents) wishes to become the son of specific fathers.

Choose the parents of a specific being.

"Therefore the Lord himself will give you a sign: The virgin will conceive and give birth to a son, and will call him Immanuel."
― Isaiah 7-14

The ability to choose the parents of a specific being. Sub-power of Kinship Manipulation. Not to be confused with Fertility Inducement.

User can choose the parents (mother and/or the father) of a being, which could affect their physical and mental being via the genetics of which parent they chose for said being.

God (Christianity) chose the Virgin Mary to act at the mother of his son Jesus, who in actuality is Yahweh's vessel on Earth. 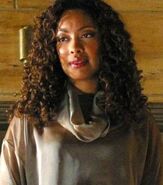 Jasmine (Buffyverse) was able to manipulate Cordelia and Connor's very lives so that they would copulate and give birth to her.

After being cast out of Heaven and reincarnated as a human, Ezekiel (Maria the Virgin Witch) chose Maria to become her mother.

Cherubs/Cupids (Supernatural) are tasked with pairing important bloodlines together...

...one Cherub that was known as Heaven's Cupid was particularly known for causing John and Mary Winchester to fall in love on Heaven's behest in order to conceive their sons, Sam and Dean to act as Michael and Lucifer's vessels during the Apocalypse.
Add a photo to this gallery
Retrieved from "https://powerlisting.fandom.com/wiki/Parental_Selection?oldid=1542075"
Community content is available under CC-BY-SA unless otherwise noted.