The world's a game, and the user's a hacker.

"Most people live life on the path we set for them. Too afraid to explore any other. But once in a while, people like you come along who knock down all the obstacles we put in your way. People who realize free will is a gift you'll never know how to use until you fight for it. I think that's the Chairman's real plan that maybe one day, we won't write the plan. You will."
― Harry Mitchell (The Adjustment Bureau)

"Every one of my actions...are to lead us an absolute victory."
― Kan Ki to his upper echelon (Kingdom)

The ability to ensure your victory through a certain sequence of choices. Sub-power of Victory Manipulation.

The user is capable of choosing from a certain pathway of choices, a number which will ensure the highest likelihood of making them victorious in any kind of outcome.

The user's power supplies them with whatever steps they need to take at the task they visualize; whether leading, governing, planning, combat, communicating, psychological manipulation, inventing, etc, or even flat out environment control through use of super-powered pawns.

The user merely has to pick their conceptual desire, and will find the series of steps required to attaining their path to the victory.

Contessa (Worm) can see the needed steps to handle any task or situation. 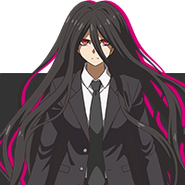 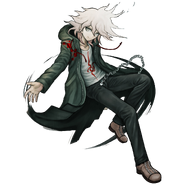 Felix Felicis (Harry Potter)
Add a photo to this gallery
Retrieved from "https://powerlisting.fandom.com/wiki/Path_to_Victory?oldid=1746220"
Community content is available under CC-BY-SA unless otherwise noted.