"Amazing! I didn't think anyone could move so fast or with such accuracy!!"
― Matthew Plunder on Steve Rogers/Captain America (Marvel Comics)

The ability to have accuracy at the highest limits of human efficiency. Sub-power of Peak Human Condition. Not to be confused with Peak Human Precision.

Users of this ability are capable of achieving smaller and distant targets depending on the location. The user's brain is hardwired for advanced accuracy even more so than that of any expert archer. Additionally, the user's aim is obviously not enhanced, it is just at the peak of human efficiency. It's said by peers and/or foes that users of this ability seldom miss a single/multiple targets.

Shintaro Midorima's (Kuroko no Basuke) deadliest weapon is his accuracy to shoots the ball from any position on the court and the ball flies with an exceptionally high arc.

Even with his normal arm... 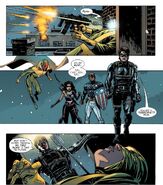 Red Arrow (Young Justice) was trained personally by Oliver Queen/Green Arrow; therefore, his average-accuracy was increased to the peak of human marksmanship 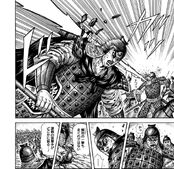 ...allows him to snipe his targets from the greatest of distances.

With the greatest amount of precision, Koku'Ou of the Kan Ki Army(Kingdom)...

...can kill her targets with her impressive bandit archery.

Newt (Maze Runner) fires a headshot with his rifle

Minho (Maze Runner) quickly shoots at a WCKD soldier
Add a photo to this gallery
Retrieved from "https://powerlisting.fandom.com/wiki/Peak_Human_Accuracy?oldid=1524097"
Community content is available under CC-BY-SA unless otherwise noted.