Tarzan (Tarzan) showing off his agility by surfing through the trees.

Have agility pushed to the very limit of human capability.

The power to possess agility greater than that of normal humans. Sub-power of Peak Human Condition. Real world version of Enhanced Agility.

Users agility is superior to Olympic-level athletes and other highly trained professionals in the field of gymnastics and acrobatics.

Users agility are much better than the likes of an ordinary human, they possess perfect flexibility, balance, bodily coordination, speed, reflexes, strength, and endurance. The user is able to move in any type of physical way flawlessly. They could be the finest dancer in the world, the best martial artist, the greatest athlete, etc.

The Black Ops Assassins (Hλlf-Life series) are agile enough to dodge most projectiles and physical attacks like punches.

Trish Walker/Hellcat (Marvel Cinematic Universe) is very agile at maintaining balance on pole with one leg...

...and running off a wall performing a backflip. 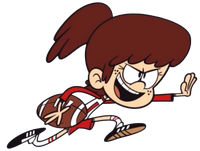 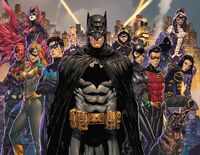 Damian Wayne/Robin (DC Comics) is highly capable of acrobatic and gymnastic feats, such as parkour and free-running. 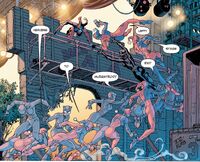