To be beautiful as humanly possible can have such effect on others.

"I turned back and just for a moment, I saw you looking right at me. I turned into a puddle."
― Peter Parker/Spider-Man on Gwen Stacy (Spider-Man: Blue)

The power to be as humanly beautiful as possible. Variation of Peak Human Condition.

The user possesses peak human beauty, on par with the most attractive human figures in history. As such, the user can easily influence others and receive special treatment or favors, especially from members of the opposite sex.

Those who possess Peak Human Beauty may also benefit from the so-called "Halo Effect", where the user will generally be viewed in the best light possible in any given situation.

Maggie Vera (Charmed 2018) like many witches have such a keen beauty. 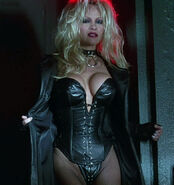 Lilith (Tales from the Crypt presents Bordello of Blood)

Vixen (DC Comics) is quite the...well as her name implies Vixen!!

Georgette Taylor (Batman: The Brave and the Bold) 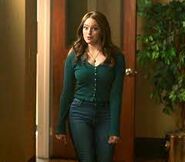 Hope Mikaelson (Legacies)
Add a photo to this gallery
Retrieved from "https://powerlisting.fandom.com/wiki/Peak_Human_Beauty?oldid=1752040"
Community content is available under CC-BY-SA unless otherwise noted.