Navi (Dragonar Academy) is a humanoid dragon who is bewitchingly beautiful.

Possess beauty drastically beyond what is naturally possible.

The power to possess beauty drastically beyond what is naturally possible. Sub-power of Supernatural Condition. Advanced version of Enhanced Beauty. Opposite to Supernatural Ugliness.

Users are supernaturally beautiful and can use it to affect others. This power is divided into two separate but interlocking aspects:

Secondly, the user is able to affect other people, both by affecting their minds, emitting pheromones or manipulating their charm and generally being a perfect companion and/or object of admiration. At the lower level, the user could make a complete stranger treat them like their closest friend in only a few minutes and be perfectly willing to help them in any way they need. Someone with more power could make anyone treat them like someone who is privileged to do and get anything they wish and be admired and even loved for it. At the higher level user could make people fulfill their smallest suggestion, although not against their deepest principles. At the most powerful, they could simply eradicate free will, making everyone slavishly devoted to the user and willing to do anything to please them. your looks are objective All who sees you will think you are the most beautiful handsome sexy good looking cute attractive desirably in every aspect detail and facet by far. User can easily make anyone and anything fall in love or love or like with the user to any degree.

Poison Ivy's (DC Comics) supreme beauty has been the downfall of many. 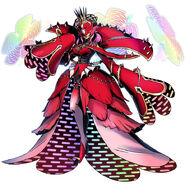 Rafflesimon (Digimon) has such sheer beauty, she enraptures anyone at first sight. 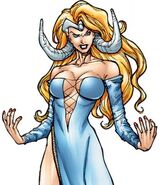 As a succubus, Shiklah's (Marvel Comics) human form draws attention from even women. 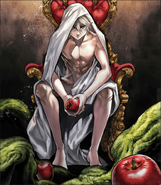 The Water Nymph (Moomin)
Community content is available under CC-BY-SA unless otherwise noted.