The power to have limitless physical attributes/capabilities. Sub-power of Absolute Condition. Technique of Physical Manipulation. Final result of Physical Augmentation. Ultimate form of Enhanced Body. Opposite to Absolute Mind.

Users possess a supreme and perfect body. This power stems into two parts: absolute physical capabilities and perfect bodily aspects. The user can possess one or both of these aspects.

The user’s of absolute physical capabilities, are on an infinite scale, with their strength they can lift the multiverse with their bare hands, with their speed they can travel anywhere instantly, with their durability they are essentially invincible. The users of perfect bodily aspects have their innate body infinitely enhanced, their bones, blood, organs and cells are perfect and infinite.

Cosmic Armor Superman/Thought Robot (DC Comics) is a higher-dimensional construct capable of adapting, fighting and existing on a level beyond mortal comprehension.

Sephiroth (Final Fantasy VII Franchise) is a human genetically engineered with the genes of the mythical race of the Cetra and cosmic entity Jenova, granting him the absolute and perfect alpha human body.

Those who host the Phoenix Force (Marvel Comics) gain their highest physical potential. 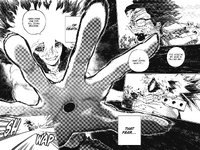 Having been modified by Kyudai Garaki, Tomura Shigaraki (My Hero Academia) attained the most powerful body in the world, meant to surpass One For All, adapt to the vast amount of Quirks he has and numerous other factors to find its ideal form, to the point of being inhuman despite them… 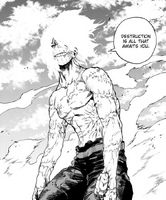 …despite being incomplete, his physical prowess is still comparable to All Might.

Athlete (Valkyrie Crusade) has god-like athletic skills as the World of the God's top athlete.
Português do Brasil
Community content is available under CC-BY-SA unless otherwise noted.
Advertisement