The ability/power to possess physical abilities greater than average/normal humans, even though this ability is not classified as 'enhanced'. Sub-power of Peak Human Condition. 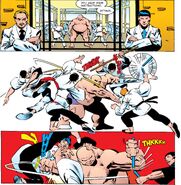 After years of intense bodybuilding, Wilson Fisk (Marvel Comics) also known as Kingpin, has an above peak physical condition that allows him to be a formidable opponent... 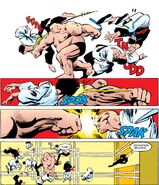