Sōsuke Aizen (Bleach) possesses unrivaled intelligence and a peerless mind along with supernatural physical characteristics that dwarf most other beings in existence.

Possess capabilities, attributes and aspects drastically beyond what is naturally possible.

"A sharp mind can be more dangerous than the sharpest of blades. A powerful body can be more formidable than the strongest of guns and cannons."
― Lei Kung (Marvel Cinematic Universe)

The power to possess capabilities, attributes and aspects drastically beyond what is naturally possible. Advanced version of Enhanced Condition.

Users possess supernatural capabilities, attributes and aspects that are drastically beyond what is naturally possible. With their condition alone, they can dwarf most beings in their respective universe, being virtually supreme in their existential aspects and attributes. With their superhuman physique, they can move buildings, run at the speed of light, survive nuclear explosions unscathed, and remain active for days to weeks untired. With their mind, they can amass knowledge and information about everything, allowing them to invent and create things beyond the grasps of regular humans. They can master languages and subjects in mere days or even hours too.

Beyond their physical and mental condition also lies other aspects like their bodies or soul, like possessing senses able to perceive things the ordinary human is completely ignorant to, harbor esoteric bodily aspects like cells capable of inducing supernatural effects or even having an extremely robust and strong soul and spirit able to withstand conceptual attacks.

Griffith (Berserk)He is a knight of great strength, comparable to Guts that can kill 100 men.

Skull Knight (Berserk) is a skeleton warrior,with 1000 years of experience,that his able to fight against the God Hand 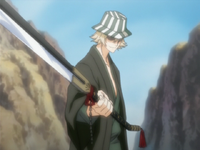 Ichibē Hyōsube (Bleach) is not only one of the strongest, fastest, & most skilled Shinigami in existence, but he is also very intelligent and knowledgeable with untold centuries (if not millenia) of experience.

Aion (Chrono Crusade) is extremely powerful in mind and body.

Sephiroth (Final Fantasy Series) possesses superhuman physical abilities that dwarf most other beings in the universe as well as an exceptional mind and genius intellect. 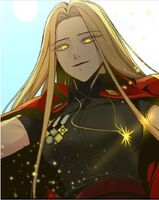 Viktoria (Hero Killer) has extremely powerful conditioning being able to defeat enemies on her physical might alone.

The Pillar Men (Jojo's Bizzare Adventure: Battle Tendency) ancient superbeings that far surpasses both humans and vampires physically and mentally, being capable of perfect recall and are able to instantly analyze and understand the mechanics behind anything including complicated things such as languages, machinery, tactics, systems, and people's minds and actions, within a matter of seconds as well as possessing beyond superhuman physical characteristics. 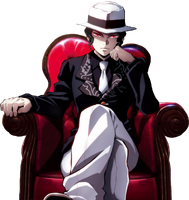 The Demon King, Muzan Kibutsuji (Kimetsu no Yaiba) possesses transcendent physical capabilities and characteristics that dwarf all other beings in the world complete with augmented mental attributes beyond what is naturally possible.