Have a supernatural sense of hearing.

"Me Hear Everything. All the time."
― Bizarro to Jason Todd/Red Hood (DC Comics)

The power to have a sense of hearing that is drastically and obviously better than what is naturally possible. Sub-power of Supernatural Senses. Advanced version of Enhanced Hearing.

The user's sense of hearing is glaringly, obviously and super/unnaturally more acute than other beings in their universe because their capabilities are pushed to a superhuman level. Allowing them to hear anything over incredible distances, hear things that are seemingly too quiet to be discernible as well as being able to hear sounds over an insane range of frequencies. Advanced users are even able to hear individual molecules/atoms and their movements.

Diva (Blood+) tracked Riku by the sound of his heartbeat.

...can accurately pinpoint the number of passengers in a vehicle and its direction of travel while 500 meters away...

...discern a person's identity without having seen them before...

...find out a person's emotions and thoughts...

...effortlessly judge whether a person is lying or not...

...and even use his hearing to gauge a person's breaking point. 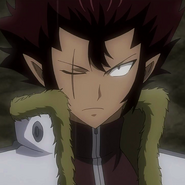 Yuzuha (Utawarerumono) has such incredible hearing that she is actually capable of hearing the emotions of people.
Add a photo to this gallery

Thanks to the radiation of the yellow sun, Superman (DC Comics) has an incredible sense of hearing at extreme variances of sound and pitch frequency, allowing him to pick up noises from across the globe. He has shown enough control to block out ambient sounds to focus on a specific source/frequency. 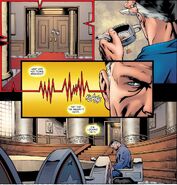 Freakazoid (Freakazoid!) has demonstrated several times that he can hear things that should be physically impossible for him to notice, let alone hear.

Scott McCall's (Teen Wolf), like all werewolves, hearing is described to be one-hundred times better than that of a human's. However... 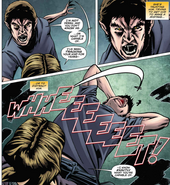 ...werewolf hunters often use this to their advantage.
Add a photo to this gallery
Retrieved from "https://powerlisting.fandom.com/wiki/Peak_Human_Hearing/Supernatural?oldid=1687552"
Community content is available under CC-BY-SA unless otherwise noted.