Said to be almost 80 years-old, Natasha Romanoff/Black Widow (Marvel Comics) still has the youthful appearance and vitality of a woman in the physical prime of her life due to the Red Room's super soldier serum.

To have an extended, yet non-superhuman lifespan compared to normal members of your species.

The ability to age slower and live longer than normal members of your species, though not to the superhuman level. Sub-power of Peak Human Condition. Real-world version of Decelerated Aging and lesser version of Longevity.

Users with this ability are at the peak of human conditioning. For this very reason, they age slower than normal members of their species due to having extremely healthy cells, without the superhuman level, extending their lifespan. They could live up to decades with no signs of aging since this ability is at peak human level. Also, this power would activate when the user is in his/her young-adult years and they'd look twenty-years to even a hundred times younger. For example, the users can be around 70 years old, yet they appear to be in their 30s. The maximum lifespan a human can reach is 140-250 years.

If users that are enhanced were to "super-charge" this ability, then they would achieve the superhuman version of this ability (the user could gain immortality if the augmentation is powerful enough), meaning that users can live over thousands of years old without any signs of aging.

Honest (Akame Ga Kill!) underwent vigorous training and consumption of healthy nutrition in order to live up to 130 years of hedonism.

Born with large life energy, members of the Uzumaki Clan (Naruto) are granted with extra longevity.

While around her 40s to early 50s, Bi Ki, the Queen Mother (Kingdom) possess a youthful appearance. 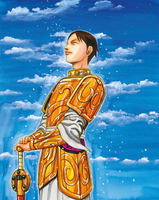 While he was in his mid-30s, Rin Ko (Kingdom) retained the appearance of a young man.

Rei Ou (Kingdom) possessed a youthful, famine appearance while being in his late 40s to early 50s.

Due to his supreme constitution and vitality for a human, Vasco Strada (Highschool DxD) possesses exceptional longevity.

Due to his mutation and acquiring psionic abilities after he was exposed to the Gen Factor, Cole Cash (WildStorm/DC Comics) has lived for over three decades and still maintains the appearance as well as the vitality of a young man still in his prime. 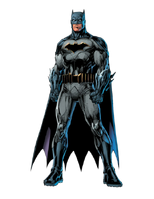 Batman (DC) is exceptionally healthy allowing him to retain his youth longer then normal humans.

Vigo the Carpathian (Ghostbusters II) lived to the age of 105 and died from being executed rather than old age.

Grandpa Sawyer (The Texas Chainsaw Massacre) lived to the age of 137 by drinking human blood.
Community content is available under CC-BY-SA unless otherwise noted.
Advertisement