Saigiku Jono (Bungo Stray Dogs) possesses superhuman senses (particularly hearing) in exchange for his eyesight. Not only can he detect and perceive things that ordinary humans are completely ignorant to but also has his 5 senses (except vision) augmented to a level beyond that of any human.

Possess senses drastically beyond what is naturally possible.

The power to possess senses drastically beyond what is naturally possible. Sub-power of Supernatural Condition. Advanced version of Enhanced Senses.

Users' sense of sight, taste, hearing, touch, and smell are glaringly, obviously and super/unnaturally more acute than other beings in their universe. They can see thousands of miles away with immense resolution and see/track things too fast for the natural eye, hear through dense walls perfectly and listen to the smallest vibrations/noises from extremely far away places even in deep space, smell anything over vast distances up to and including individual molecules/atoms, taste the smallest details to the extent of distinguishing at a molecular level, and feel the slightest vibration in the air, ground and water. In some cases, the user can develop a sixth sense and various ESP abilities, allowing them to perceive/sense things no ordinary senses can detect

As a vampire, Seras Victoria (Hellsing) can spot and aim at a target several kilometers away without optical aid. 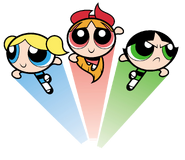 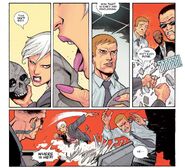 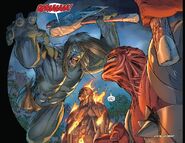 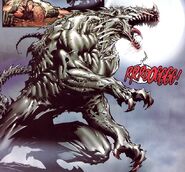 Thundersense Users (The Thundermans) like Phoebe and her twin Max can sense danger from multiple miles.
한국어
Community content is available under CC-BY-SA unless otherwise noted.
Advertisement