As a vampire, Seras Victoria (Hellsing) can spot and aim at a target several kilometers away without optical aid.

The ability to have drastically better senses than what is naturally possible. Sub-power of Supernatural Condition. Advanced version of Enhanced Senses.

User sense of sight, taste, hearing, touch, and smell are glaringly, obviously and super/unnaturally more acute than other beings in their universe. They can see kilometers away with immense resolution, track things too fast for the natural eye, hear through dense walls perfectly, listen to sweat drop from someone's face in another room, smell anything over vast distances up to and including individual molecules/atoms, taste the smallest details to the extent of distinguishing at a molecular level, and feel the slightest vibration in the air, ground and water. 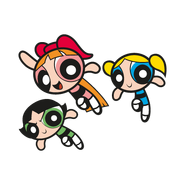