Princess Lumina (Barbie: the Pearl Princess) has the magical ability to manipulate pearls.

The ability to manipulate pearls. Variation of Organic Gemstone Manipulation.

The user can create, shape and manipulate pearls, a hard object produced within the soft tissue (specifically the mantle) of a living shelled mollusk or another animal.

In addition, the user can also manipulate the nacre, a substance made from hexagonal platelets of aragonite (a form of calcium carbonate) that makes up the outer layer of natural pearls and gives them their nacreous and iridescent appearance. Its due to this, natural pearls have always been highly valued as gemstones and objects of beauty for many centuries.

Conceptually pearls are associated with: 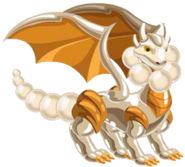 Pearl Dragons (Dragon City) have the ability to move their pearls around their necks to form Energy Shields.

By harnessing the energy of its shoulder pearls, Palkia (Pokémon) can perform its signature "Spatial Rend" move, or create a sphere around itself to enable flight. 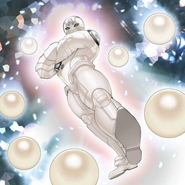 Gem-Knight Pearl (Yu-Gi-Oh) is a entity whose body is composed of pearly material and can control pearls.
Add a photo to this gallery
Retrieved from "https://powerlisting.fandom.com/wiki/Pearl_Manipulation?oldid=1506170"
Community content is available under CC-BY-SA unless otherwise noted.