Use the traits of Pegasus
The power to use the abilities of Pegasus. Variation of Mythical Bestiary and Horse Physiology.

User with this ability either is or can transform into an Pegasus, a winged divine horse, usually depicted as white in color. While the original Pegasus was semi-divine individual, later pegasi are essentially sentient, intelligent winged horses, also usually white but most colors appear. 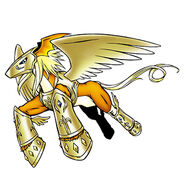 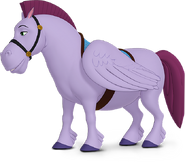 Pegasolta Eclair (Megaman Zero 4) is a boss that resembles a pegasus.

Storm Pegasus (Metal Fight Beyblade) is a blade beast of a pegasus.

Briette (Barbie and the Magic of Pegasus) was turned into a pegasus by Wenlock. 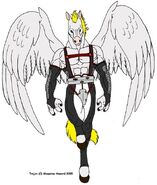 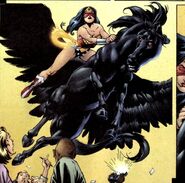 Pegasus family (Fantasia)
Add a photo to this gallery
Retrieved from "https://powerlisting.fandom.com/wiki/Pegasus_Physiology?oldid=1445970"
Community content is available under CC-BY-SA unless otherwise noted.