The Oni Generals (Jackie Chan Adventures) each General controls there own tribe of ShadowKkan. 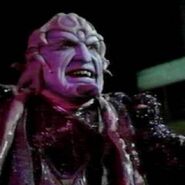 Toothiana/The Tooth Fairy (Rise of the Guardians) can use her fleet of mini-fairies to attack as well as getting teeth from all over the world.

Sung Jin-Woo's Shadow Soldiers (Solo Leveling) his personal army of the dead.
Add a photo to this gallery
Retrieved from "https://powerlisting.fandom.com/wiki/Personal_Army?oldid=1754519"
Community content is available under CC-BY-SA unless otherwise noted.