Become the embodiment of philosophy.

The ability to become the embodiment of philosophy. Variation of Power Manifestation.

Users become the living embodiment of philosophy, the study of the fundamental nature of most concepts of the universe such as reality, existence, knowledge, values, reason, mind and language. The user can become stronger with philosophical ideals or use philosophical attack pertaining to their existence. 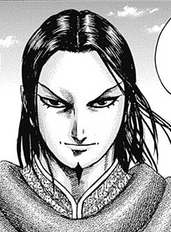 Among the Three Great Heavens of Zhao, Rin Shou Jo (Kingdom) was the most philosophical,...

...often musing about the reality of the Warring States Era.
Add a photo to this gallery
Retrieved from "https://powerlisting.fandom.com/wiki/Philosophy_Embodiment?oldid=1420565"
Community content is available under CC-BY-SA unless otherwise noted.