With a single tap of his finger, Beerus (Dragon Ball Super) destroys half of a planet.

"Now I am become Death, the destroyer of worlds."
― Vishnu (Bhagavad-Gita)

"No. One death isn't gonna do it. You have to do something that will get everyone's attention, something huge."
"How about if you blow up the Earth?"
"Too huge. But you're thinking. I like that."
― Death and Chris Griffin (Family Guy)

"I am the Death of Worlds."
― Galactus (Marvel Comics)

"Where's the kaboom? There was supposed to be an Earth-shattering kaboom!"
― Marvin the Martian (Looney Tunes)

The power to destroy planets. Sub-power of Planetary Manipulation. Variation of Destruction. Opposite to Planetary Creation. 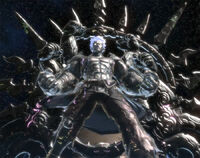 Asura (Asura's Wrath) was already strong enough to kill planet sized deities, but after becoming Asura the Destructor, he was able to destroy planets far larger than the earth with a single punch.

Willow Rosenberg (Buffy the Vampire Slayer) channeling the Earth's life force into the effigy of Proserpexa to destroy the planet.

After witnessing the death of his race, Mano (DC Comics) destroys his dead world. 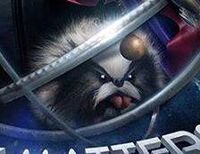 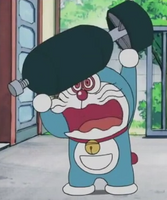 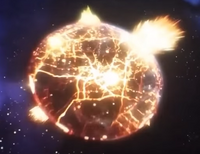 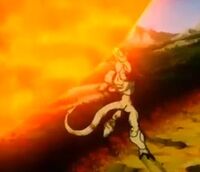 Broly's (Dragon Ball Series) Omega Blaster is his most powerful attack, capable of destroying an entire planet with ease.

Cell (Dragon Ball Z) fires the Solar Kamehameha with the intent to wipe out the entire solar system. 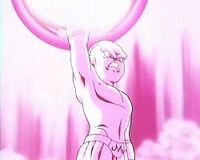 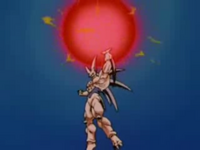 Zeno and his future counterpart (Dragon Ball Super) using Erase on anything, whether a planet or an entire universe.

Vegnagun (Final Fantasy X-2) is a machina weapon powerful enough to destroy all of Spira.

King Ghidorah (Godzilla) destroyed Venus and sought to do the same to Earth.

Herrscher of the End (Honkai Impact 3rd) can destroy entire planets and universes.

As a machine god, Thanatos (Hybrid × Heart Magias Academy Ataraxia) can destroy the worlds she created and turn them into data.

The World Breaker Hulk (Marvel Comics) truly lives up to his name.

Dark Gaia (Sonic the Hedgehog) exists solely to destroy the Earth every few thousands of years in a cycle of destruction and rebirth.

...though when powered by only six, it has enough power to destroy half of the moon. 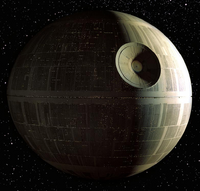 The Death Star (Star Wars) is a moon-sized battlestation...

...with the power to destroy a planet with one shot of its superlaser. 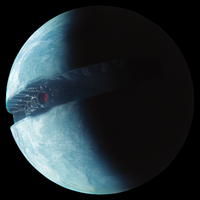 Starkiller Base (Star Wars) is a planet installed with a superweapon in the crust...

...that had the power to destroy multiple planets in a single shot.

A successor to the Death Stars, the Xyston-class Star Destroyers (Star Wars) of the Sith Eternal could destroy planets with a sustained burst of their Axial Superlaser...

...Such as the planet Kijimi.

...can create black holes powerful enough to consume entire planets.
Add a photo to this gallery
Retrieved from "https://powerlisting.fandom.com/wiki/Planet_Destruction?oldid=1690855"
Community content is available under CC-BY-SA unless otherwise noted.