With a single tap of his finger, Beerus (Dragon Ball) destroys half of a planet.

""Now I am become Death, the destroyer of worlds."
― Vishnu (Bhagavad-Gita)

The power to destroy planets. Sub-power of Destruction and Planetary Manipulation. Opposite to Planetary Creation. 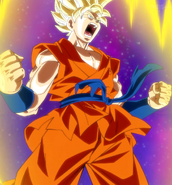 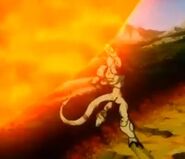 Broly's (Dragon Ball) Omega Blaster is his most powerful attack, capable of destroying an entire planet with ease.

Cell (Dragon Ball) states that his Solar Kamehameha can destroy not just the Earth, but the entire solar system.

As described by Goku, Kid Buu's (Dragon Ball) Planet Burst has enough power to destroy the Earth ten times over.

Omega Shenron (Dragon Ball) using the Minus Energy Power Ball with the intent to destroy Earth.

Dark Gaia (Sonic Unleashed) exists solely to destroy the Earth every few thousands of years in a cycle of destruction and rebirth.

...though when powered by only six, it has enough power to destroy half of the moon.
Add a photo to this gallery
Retrieved from "https://powerlisting.fandom.com/wiki/Planet_Destruction?oldid=841385"
Community content is available under CC-BY-SA unless otherwise noted.