The ability to create planets. Sub-power of Cosmic Creation and Planetary Manipulation. Opposite to Planet Destruction. Not to be confused with Planetary Generation.

The user can create planets of various compositions and sizes with the level of detail depending on mastery of this ability. The user may also be able to create organic matter or even complex biological lifeforms on the planet if it meets suitable conditions for life. 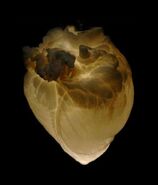 The Creator of Lucid Adventure, Roy Han (Hardcore Leveling Warrior), in his Sword Master avatar.
Add a photo to this gallery
Retrieved from "https://powerlisting.fandom.com/wiki/Planetary_Creation?oldid=1428766"
Community content is available under CC-BY-SA unless otherwise noted.