The Petropia Back-up Crystal (Ben 10) could not only destroy the planet Petropia but also resurrect it and its inhabitants.

The power to obtain planetary powers through objects. Variation of Universal Object and Powers Via Object.

The user has access to an object that grants them planetary powers. From artifacts to implements to source material of a particular astronomical body, the wielder can attain potent supernatural abilities related to one’s native or a foreign planet or even gain enhancements to existing abilities.

Some planetary items are actually derived from the physical material of a particular astronomical body. The substance is inherently supernatural and can pass its unique qualities on to the user. Others can enable a user the ability to tap into the essence of a planetary body and create various effects depending on its nature, similar to Planetary Symbiosis. There are other objects that can even manipulate entire worlds. With so much potential power that a planet can create/enable (geochemical, geophysical, etc.), a user can potentially achieve power of a global scale. 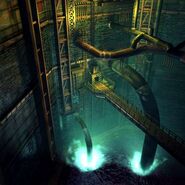 Mako (Final Fantasy VII) is a liquefied form of the planet Gaia’s Lifestream and acts as a primary energy source.

World Runes (League of Legends) are fragments of the raw magic that shaped the planet Runeterra from nothingness.

The Titan (Titan A.E.) is capable to creating an entire planet.
Add a photo to this gallery
Retrieved from "https://powerlisting.fandom.com/wiki/Planetary_Object?oldid=1573320"
Community content is available under CC-BY-SA unless otherwise noted.