Pamela Isley/Poison Ivy (DC Comics) can control all forms of plant-life, and even mutate them into monsters.

"Ysengrin: You should admire this body Lord Coyote has gifted me with, Renard. Now the very trees of Gillitie are under my command!
Reynardine: I tremble in the presence of your terrifying skills of gardening, Ysengrin."
― Gunnerkrigg Court

The power to manipulate plant-life. Variation of Organic Manipulation.

User can create, shape and manipulate plants, including wood, vines, plants, moss, and parts of the plants, such as leaves, seeds, roots, fruits and flowers. The user can cause plants to grow, move/attack or even rise from the soil and "walk", mutate plants by rearranging DNA structure and revive withered or dead plants.

They can use their power for defense and support, cause flowers and other plants to bloom instantaneously, manipulate tree branches to use them as whip-like weapons, control spores and pollen, and bring plants back to life and make them sprout seeds/fruits/berries, use plant chemicals to heal people/objects or manipulate their properties for a wide range of effects.

Though less commonly activated by passive users, the ability may deal a series of offensive techniques on a target. Using the plants as weapons enables users to grasp and strike continuously with vines and roots, project thorns at a distance, and quickly regenerate the withering weapons at the user’s will. They can grow vines to entangle enemies climb around a target's neck, causing choking, or strike with plants. A more subtle technique is to release damaging toxins and pheromones, affecting targets in which conditions should be treated quickly with ailments.

Some universes include plant manipulation as a form of Earth Manipulation, whereas other settings, such as Wu Xing Manipulation and Nature Manipulation considers plants as a element of its own. Alternatively, its also often put under the physical category of Life.

The Swamp Monster (Avatar: The Last Airbender) is actually a man who bends the fluid inside plants. 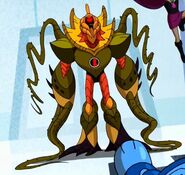 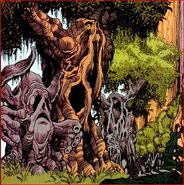 The timid Klara Prast (Marvel Comics) causes vines to rupture from the ground. 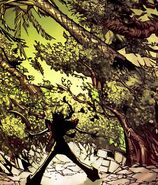 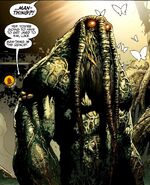 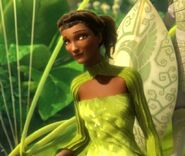 Queen Tara (Epic) as the Queen of the Forest, can manipulate the plants.

As the Fairy of Nature, Flora (Winx Club) can talk to plants, bring them to life, help them grow, and nurture them when they are sick.

Laura Wilson, after being reincarnated as the goddess Persephone (The Wicked + The Divine) gained the power to summon and control plant life.

Marimonda (Elena of Avalor), a wicked forest sprite with power over plants. 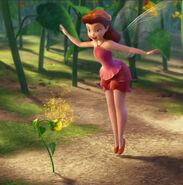 Rosetta (Disney Fairies), a garden-talent fairy who can manipulate plants.

Being an ecomancer Perfuma (She-Ra Princess of Power) has total control over plants, allowing her to create vines, trees and vast fields of flora at will without the need of sunlight to maintain her plants

Lina (Bratz Fashion Pixiez)
Add a photo to this gallery 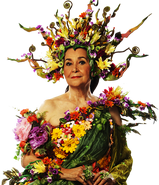 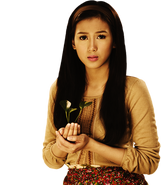 Layla Williams (Sky High) summons a whirling barrage of plants.
Add a photo to this gallery 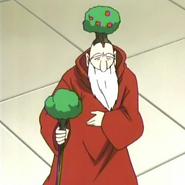 Weasel's (Marchen Awakens Romance) ÄRM focus on the creation and manipulation of plants. He is a member of the Chess Pieces and is the 6th strongest Knight.

Usopp (One Piece) has mastered usage of Pop Greens for plant based attacks.

Toshiki Minegishi (Mob Psycho 100), has the power to psychically generate and manipulate flora which they do by growing them with their imbued psychic energy.
Add a photo to this gallery

Parasaurolophus/Paris (Dinosaur King), one of the ornitpod dinosaurs with plant powers.

Zyra, Rise of the Thorns (League of Legends)
Add a photo to this gallery

Gelu (Bionicle) being trapped by vines.

Demeter (Greek Mythology) goddess of the harvest and agriculture, presided over grains, the fertility of the earth, the seasons, and the harvest.

Venus Mcflytrap (Monster High)
Add a photo to this gallery
Retrieved from "https://powerlisting.fandom.com/wiki/Plant_Manipulation?oldid=1415085"
Community content is available under CC-BY-SA unless otherwise noted.