Shego (Kim Possible) can use her plasma in various ways; like launch huge beams, bolts or huge plasma/energy bombs that explode upon impact.

The ability to release/use plasma to various attacks. Sub-power of Plasma Manipulation. Variation of Elemental Attacks and Energy Attacks.

The user can release/use plasma to attacks of various shapes and/or intensities, either projected, used as a part of melee attacks, etc. 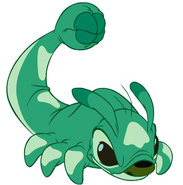 Danny Fenton (Danny Phantom) can shape his Ghost Rays into various shapes like discs, rings, concentrated balls, or any type of projectile.
Add a photo to this gallery
Retrieved from "https://powerlisting.fandom.com/wiki/Plasma_Attacks?oldid=1620348"
Community content is available under CC-BY-SA unless otherwise noted.