Kyle Kallgren, AKA Oancitizen (Channel Awesome) is capable of utilizing "The Plot" - a parody of "The Force" from Star Wars - to teleport, a technique called "Jump Cut".

Use special techniques through fictional narrative.

The ability to utilize special techniques through fictional narrative. Sub-power of Plot Control.

The user of can utilize special techniques through fictional narrative and gain special powers in ways similar to that of plot devices and processes in fiction, whether they are books, movies, television, et cetera.

Uncle Grandpa (Uncle Grandpa), among many things, is able to wield the various tropes and conventions in animation to his own personal advantage. 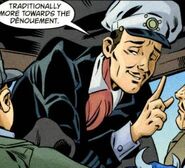 Deus Ex Machina (Fables) has abilities that match his namesake on a near cosmic scale.

The Wall Siblings (Fables) are literals that embody the different metaphorical walls that is undertaken during performances, each equipped with abilities that pertain to them.

The Nostalgia Critic (Channel Awesome), while commonly implementing violence and brute force to win the day, often uses the nonsense logic of characters he has faced to his advantage.

The Last Angry Geek (Channel Awesome) is an internet reviewer well versed in the ways of "The Plot", a cosmic force that controls and embodies the fictional universe they live in. 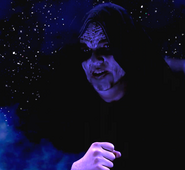 The Executor (Channel Awesome) is an evil lobbyist mastermind that can use the dark-side of "The Plot".

Ma-Ti (Channel Awesome) is able to trade his "Character" - both his mind and essence - into the SpoonyOne.

Aleister D. Homelesssb’sterrd (Channel Awesome) cannot die or be killed "because of the Reason." Every time "the Reason" is brought up to justify a point, the characters inevitably concede to it.

Kung Tai Ted (Channel Awesome), as his name implies, is a master of Kung Tai - a martial art based on the various conventions of actionsploitation cinema. 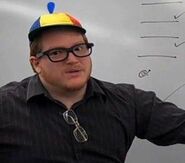 Lord MacGuffin (Channel Awesome) has many powers and abilities based around different types of plot devices, and was even able to imbue a jar of mayonnaise with such properties.

The Plot Hole (Channel Awesome) is a rip in the fabric of "The Plot" that causes inconsistencies in time and logic that can be controlled by a host.

Being the main villain of a ninjasploitation story, Bruce (Ninja the Mission Story) has the ability to end the story abruptly should he die, being fully aware of this ability.
Add a photo to this gallery
Retrieved from "https://powerlisting.fandom.com/wiki/Plot_Device_Techniques?oldid=1514133"
Community content is available under CC-BY-SA unless otherwise noted.