Alejandro (Heroes) is immune to his sister's Poison

The power to be immune to all forms of poisons. Sub-power of Contaminant Immunity and Poison Manipulation, variation of Selective Invulnerability.

The user is immune to all forms of poisons/toxins/venom. This makes a perfect counter-ability to those with Poison Manipulation and Poison Generation.

After three years of training with Orochimaru, Sasuke (Naruto) had developed resistance and immunities to many poisons. 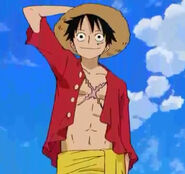 After his encounter with Magellan, Luffy (One Piece) has gained anti-bodies that make him immune to poisonous substances.

With the power of the Venom-Venom Fruit, Magellan (One Piece) is immune to all poisons, including his own.
WOLVSOULTKR004 1280 454.jpg
Wolverine's Healing Factor protects him from poison, including the metallic poisoning from the Adamantium that is stored in his body.
Poison Ivy.png
Poison Ivy (DC Comics) is immune to all forms of poisons/toxins
Add a photo to this gallery
Retrieved from "https://powerlisting.fandom.com/wiki/Poison_Immunity?oldid=821965"
Community content is available under CC-BY-SA unless otherwise noted.