Madara Uchiha (Naruto) using Wood Release: Advent of a World of Flowering Trees to grow flowers out of the trees that spread paralyzing pollen.

The power to manipulate and generate pollen. Variation of Plant Manipulation.

User can create, shape and manipulate pollen, they can cause pollen grow/increase in size and amount, move/attack, or mutate pollen and thus also the plants they grow into by rearranging DNA structure. 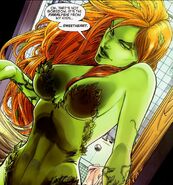 King (Nanatsu no Taizai) use Chastiefol Form Eight: Pollen Garden to create a barrier made of pollen from the Sacred Tree which have the capabilities of slowly healing and subsides the pain immediately.
Add a photo to this gallery
Retrieved from "https://powerlisting.fandom.com/wiki/Pollen_Manipulation?oldid=1643702"
Community content is available under CC-BY-SA unless otherwise noted.