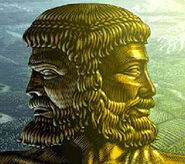 As the creator of the Dimensional Scissors, Hekapoo (Star vs. the Forces of Evil) has control over the portals that are created by them. 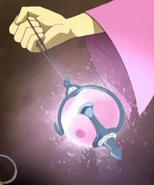 The Heart of Candracar (W.I.T.C.H.) is a jewel of tremendous magical power that allows its keeper to open and close portals.

The Seal of Nerissa (W.I.T.C.H.) is a scepter of tremendous magical power that allows its keeper to open and close portals.

Dark Danny/Dan Phantom (Danny Phantom) can create portals to banish people to the ghost zone.
Add a photo to this gallery
Retrieved from "https://powerlisting.fandom.com/wiki/Portal_Manipulation?oldid=1521086"
Community content is available under CC-BY-SA unless otherwise noted.