Cole MacGrath (inFAMOUS) is unable to control his power over electricity sufficiently enough to hold firearms or sit in cars without causing them to explode, or enter bodies of water without electrocuting himself.

User lacks control over their powers.
The circumstance in which user cannot control their powers completely, or at all, without some kind of aid.

The user is unable to exert complete control over their powers, or are simply unable to control their powers, on their own. In effect, this means the user's powers are always "active" and cannot stop even if the user wants them to. This often results in the user utilizing mechanical aid to do so. 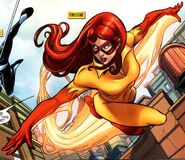 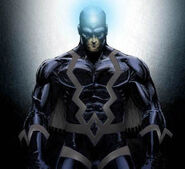 Masaomi Heike's (Code:Breaker) Light is so powerful, he has to wear a very heavy jacket to suppress unnecessary damage.
Add a photo to this gallery
Retrieved from "https://powerlisting.fandom.com/wiki/Power_Instability?oldid=1473828"
Community content is available under CC-BY-SA unless otherwise noted.