"Let's see what your power is against a master of LA SAVATE!"
― Batroc the Leaper to Paladin (Marvel Comics)

The power to possess great physical strength and speed or a unique power or form in one's legs and lower body. Sup-Power of Supernatural and Absolute Strength. Variation of Selective Limb Empowerment. 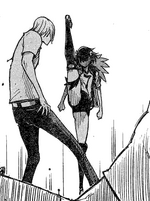 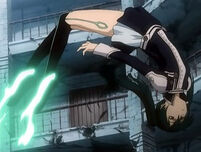 Agatsuma Zenitsu (Demon Slayer: Kimetsu no Yaiba) using his Total Concentration - Breath of Thunder to empower and triple the strength in his legs.

...and as a adult, he launched Android 19 into the sky in his Super Saiyan form. 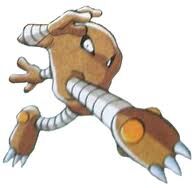 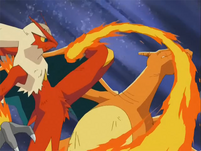 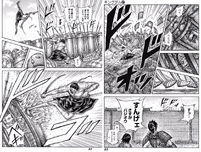 As one of the most physical strong member of the Mountain Clans, Ba Jio's (Kingdom) legs are incredibly powerful that he can smash through solid iron shields with ease.

Like his boss, Shinpachi Shimura (Gintama) possesses incredible strength in his leg as he was able to knock an adult giant off his feet.

Saitama's (One-Punch Man) immense leg strength allows him to leap off the surface of the moon and land back on Earth.

In contrast to his mentor, All Might's fighting style, Izuku (My Hero Academia) developed 'One For All Full Cowl: Shoot Style', which focus more on leg stregth than punching.

In his days as a pirate, Red Leg Zeff (One Piece) created and mastered a kick based martial art named Black Leg Style, a combination of Brazilian Capoeira, French Savate and Korean Taekwondo.

The second generation master of the Black Leg Style, Sanji (One Piece) is capable of smashing boulders, steel bars, leave dents on solid metal doors, defeat kaiju-like creatures much larger than himself...

As Rokushiki/Six Powers masters, CP9 (One Piece) can use Rankyaku/Tempest Kick to kick so hard that they can cause a cutting effect in the air.

Thanks to his mastery of the Pika Pika no Mi, Admiral Kizaru (One Piece) can enhance the power ofg legs to the speed of light.

With her strength, Boa Hancock (One Piece) shows off her powerful legs during combat.

Vergo's (One Piece) leg strength is strong enough to compete with Sanji's...

...with a simple kick, he sent Trafalgar Law flying. 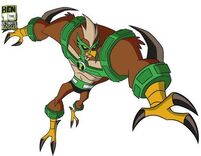 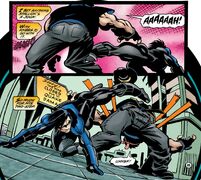 Having trained his strength to the peak levels, James Bucky Barnes's (Marvel Comics) possesses enough strength in his legs to kill a man with one kick.

Living to his moniker the Leaper, Batroc (Marvel Comics) is a master of savate.

Even as a pre teen, Matt Murdock (Marvel Comics) could break a grown man's kneecap with ease...

...and as Daredevil, he knocked The Punisher off his feet.
Add a photo to this gallery 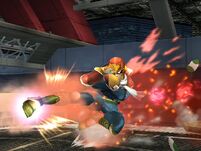 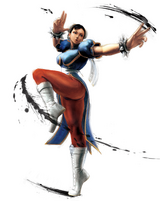 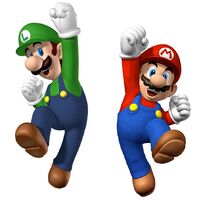 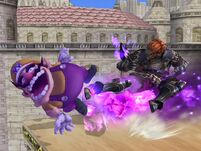 Claire (Valkyrie Crusade) can kick.
Add a photo to this gallery

Road House - Family Guy - All Roadhouse scenes Best audio and video quality
Add a photo to this gallery
Retrieved from "https://powerlisting.fandom.com/wiki/Power_Legs?oldid=1693713"
Community content is available under CC-BY-SA unless otherwise noted.