...and later infused with the combined magic power of seven Dragon Slayers, making him powerful enough to slay Acnologia.

…and combines his Chidori with Amaterasu.

One For All (My Hero Academia) is a quirk that can stockpile power for the user, granting them immense strength. "One For All" was originally two quirks merged into one, a quirk that grants strength and an unknown quirk that could be passed onto another. 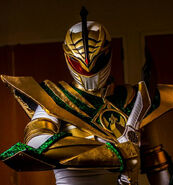 Annaberge (Valkyrie Crusade) can manipulate both fire and poison, and can even combine the two, making a poisoned fire.
Add a photo to this gallery
Retrieved from "https://powerlisting.fandom.com/wiki/Power_Mixture?oldid=1431845"
Community content is available under CC-BY-SA unless otherwise noted.